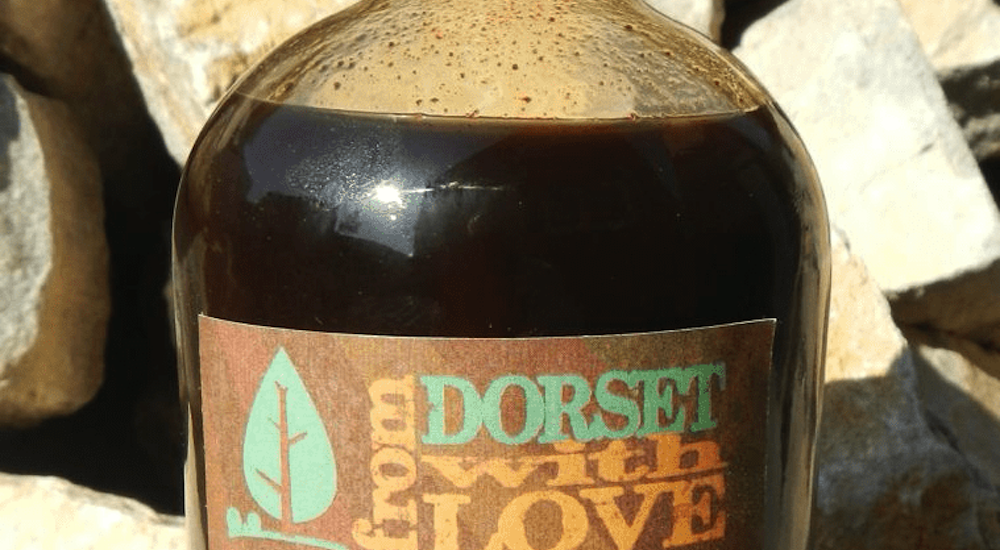 My parents originated from Worcestershire and moved to Weymouth shortly after their marriage. We always had the obligatory bottle of Lea & Perrins Worcestershire Sauce (or Worcester Sauce as we called it) in the pantry. It was used as a cooking ingredient, but best of all when splashed over sausages, baked beans or fish & chips!

Imagine my excitement when From Dorset With Love announced that they had created a Dorsetshire Sauce, I just had to try some. Luckily they were at the Poundbury Food Festival on the Saturday so I was able to nip up to buy myself a bottle. Chrissy was adamant that it shouldn’t be compared against Worcestershire Sauce because it was Dorsetshire Sauce, created & made in Dorset….

I did dunk some bread into the sauce at the Festival to taste, initially it was a great savoury spicy flavour, but I was left with a strong taste of what I think were cloves, but like Chrissy said it is best tasted with food…!

What better to try out the new sauce than on cheese on toast, I did sneak another taste and the clove or might be the tamarind flavour really dominated? Toasted my bread and topped with grated cheese and a good dash of Dorsetshire Sauce and back under the grill… Then the taste – WOW this really does taste amazing with food and it is the same taste sensation as Lea & Perrins, but it is completely different!!! From now on when I reach into the store cupboard I will be taking out a bottle of Dorsetshire Sauce instead of the old family favourite, well I was born in Weymouth and it does come in a funky little bottle!!!!

They also make great chutneys & jams etc. for more details and where to buy your own Dorsetshire Sauce check out their website www.fromdorsetwithlove.co.uk