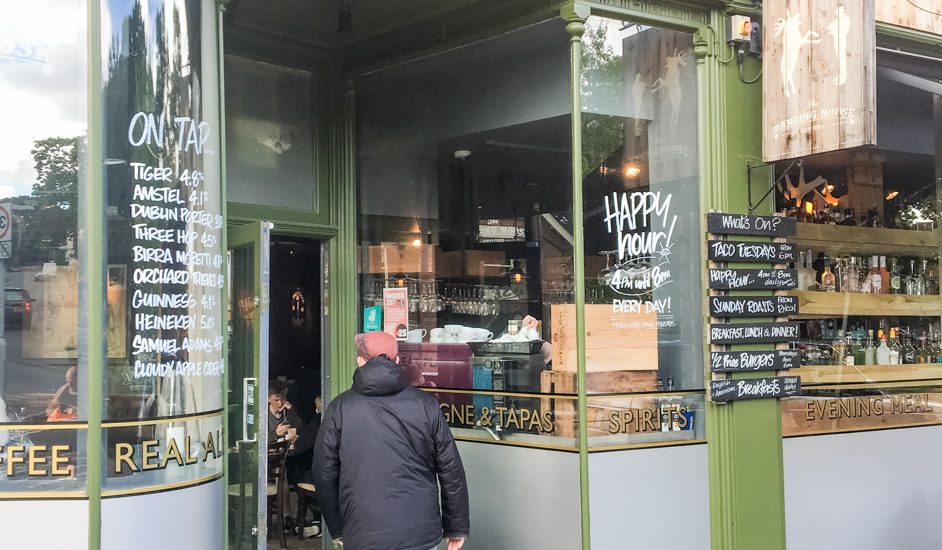 Review of the Dancing Moose Restaurant in Ashley Cross

Review of the Dancing Moose Restaurant in Ashley Cross

I had initially planned to hold off until the event of the season as far as the vegan calendar is concerned – the Bournemouth Vegan Fair. Alas, I spent almost my entire weekend eating across Bournemouth and now have a back log of insights to share with you.

Before I ‘tuck in’ (oh stop it), I thought I’d introduce my eating preferences so that those with a similar disposition can make the most of my musings as we go along. At the beginning of the year, I challenged myself to try a pescatarian diet for January and succeeded with flying colours. After this break from my usual routine, I realised I had started to ‘go off’ eating meat and went on a quest for knowledge to understand what I was eating better.

After some deliberation, I decided I wanted to stop eating any of our land-animal friends or products thereof indefinitely. That was the 24th March of this year. However I should say as a disclaimer that I do still occasionally eat fish – nobody’s perfect I guess? Since then, my world has changed considerably (and to his surprise, my partner’s too). Luckily, the growing popularity of vegetarian and vegan diets over the years has resulted in a reflection of these wants by the food industry. Where once vegans were limited to a soggy lettuce leaf, we now have a colourful and mouth-watering array of options both in the supermarkets and in restaurants too! So join me as I taste-test the best menus available in Dorset. I’m also dead keen to find out your recommendations so feel free to DM me on Instagram @crueltyfreefleurie.

First on the list is a bar and restaurant based in Ashley Cross that served me well as a meat-eater and continues to serve me since I turned to the green side… The Dancing Moose.

Based at the bottom of Ashley Cross, The Dancing Moose is one of the few venues that I have been able to enjoy a multitude of different experiences. It’s a bustling breakfast spot, a scrumptious lunchtime break and a vibey nighttime bar if you want to catch up with friends over a glass (or bottle) of wine. But I probably go there for breakfast the most.

For animal lovers, it’s worth noting that they allow dogs in there which is great if you want to pop-in post walk and is doggy heaven for those who like them.

The breakfast menu is really broad for mainstream appetites, with a couple of options on there for vegans. They have soya milk for coffee and tea drinkers who don’t like milk so I expect they might be able to adapt the pancakes with soya too.

As the classic smashed avocado is a regular favourite home, I didn’t fancy paying £5.95 for it elsewhere although I can attest to generous ratio of avocado to toast. No, this weekend I thought I’d try the veggie breakfast, swapping my eggs for another veggie sausage.

Overall, the meal was very good. I was a little disappointed that the sausages were Linda Macartney’s but for a restaurant that doesn’t claim to serve vegans especially, it’s somewhat expected. I loved the little camping mug that the beans came in and they offer a box of condiments on every table including my favourite, Frank’s hot sauce, which I proceeded to drown everything in. In terms of portion size, it was a little bit too much for me but no complaints there, nothing gets left on my plate. It just served me well for the rest of the day.

Service was brilliant and attentive as it more than often is and the restaurant continued to be busy (but not too crowded) for the duration of our stay – always a nice feeling in there. I would say that for a mixed vegan/non-vegan group this is a perfect spot with something to offer everyone but I might take my own vegan mayo with me next time.